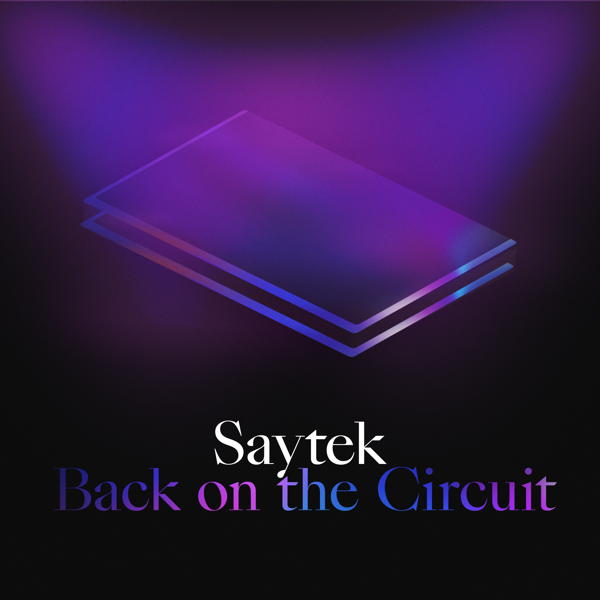 OUTNOW: Saytek „Back on the Circuit (live)“ on Awesome Soundwave

The first single from Saytek’s upcoming album ‘IMPROVISATIONS’ was chosen by Carl as a nice introduction to the full record which comes out in August.

„He really is an amazing live artist. I felt compelled to have him on the label. I really like the idea that he doesn’t waver on commerciality with his sound in any way, shape or form, if anything he goes deeper into his sound. I really like him and what he is doing.“ – Carl Cox

UK artist, Saytek (aka Joseph Keevill) has gathered some serious momentum over the last few years, becoming one of the electronic music scene’s most in-demand live acts. With House and techno pioneers such as Carl Cox, Kevin Saunderson, Darren Emerson, Steve Lawler, Danny Rampling, and MR.C all tapping him up for music to release and booking him to perform live at their events. His musical output is prolific and includes no less than seven esteemed live albums, Live Jam tracks, EPs and 12” singles released on his own Cubism imprint, alongside labels including Awesome Soundwave, KMS, Superfreq, Liebe*Detail, Soma, Bedrock, fabric, My Favorite Robot Records, Wiggle, My Favourite Freaks and more. He was nominated for Best Live Act by DJ Mag for their 2013 Awards; while Mixmag awarded him Album Of The Month the same year.

Pre-View Saytek „Back on the Circuit (live)“ on Awesome Soundwave:

Available through: Bandcamp, and all digital download and streaming outlets.