„Making an album is not a linear or serial process.
It’s a creative journey attached with the real life, my life.
Many of the daily experiences are becoming part of my composing process.
Thoughts and conclusions are encrypted into metaphors.
Or stories are written sometimes 1:1 straight out of my life.
The music communicates with me through creative coincidences and sends beside the sounds fascinating ideas to me.
As you can read I try to find the right words to explain it.
Everything I say about this creative process is just again only a metaphor or a model of what really happens when I make music.
Does this somehow sounds mystic to you?
Yes? 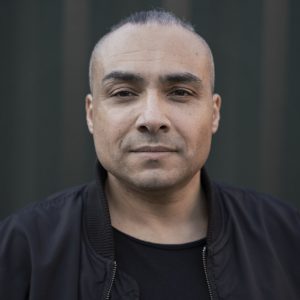 Well that’s because the creative process is mystic.
It’s like sending letters to a stranger and receiving answers from a stranger but nobody can proof that he really exists.
His letters are existing proofs but the existence of the stranger itself who sends you these letters is just a belief.
To me that’s the most fascinating fact of creativity.
I know that what I believe.
I believe in what I know.
Are you still with me?
Is this something you are interested in?
Is this here something you would like to read as the description of an album?
Or do you think this is too crazy?
Or do you think I am crazy?
Come on you must have any type of opinion on this.
No?
A belief without any evidence is a very common appearing thing.
But a belief with evidence?
This album is a piece of evidence.
The evidence for my belief in the existence of this stranger with who I am communicating.“